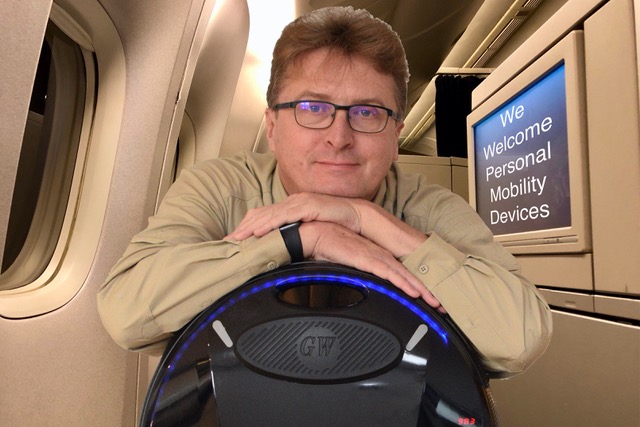 Ridables.Org member Rob Hitch is interviewed on LBC after Secretary of State for Transport, Grant Schapps

Rob appeared on the Nick Ferrari show on the 28th January to talk about the possible legalization of “rideables” and to respond to points made by Secretary of State for Transport Grant Schapps, who was also interviewed on the program. Rob was also responding to a recent article in The Sunday Times which suggested that e-scooters could shortly be legalized in the UK.

Rob rides an electric unicycle (EUC) which helps him with mobility after major surgery. 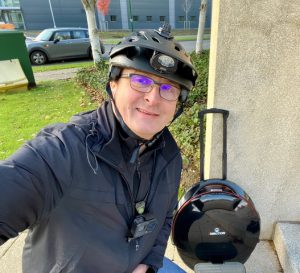 A major concern is safety, should users wear an appropriate helmet and other safety equipment which using an EUC or e-scooter. Rob stated he welcomed the article from The Sunday Times, stressing that safety (helmets etc.) should be paramount for these devices.

Rob backed up Grant Schapps statement re. “electric in lots of different forms” by mentioning that EUC’s and powered skateboards also exist, in addition to e-scooters. Nick Ferrari had never heard of EUC’s, prior to this and appeared genuinely fascinated asking questions about range. Rob also emphasised that EUC’s are very portable & can be taken on trains and in the back of taxis.

Rob then went on to mention that such vehicles were also good for people with disabilities, stressing how his EUC helps him explore the countryside, leave the car at home & manage his disability by strengthening his core muscles, keeping him “in trim”.

Nick asked if there was room on the roads in addition to bicycles, cars, lorries etc. Rob responded by stating that e-scooters are smaller than bicycles and therefore take up less space, and that many electric scooters are a lot slower than bicycles.

Rob stated that he hopes that there will be more of these devices and far fewer cars on the road in the not too distant future.

Rob’s interview was with LBC Radio, Nick Ferrari on 28thJanuary 2020