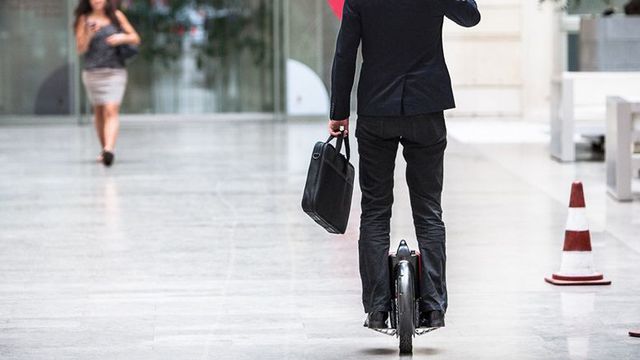 The BBC reports that France has recently issued updated regulations for the use of Rideables. Rideables.org is a nonprofit organization formed to promote the responsible use of alternative means of transport. We believe that the UK should be leading the way in urban transport solutions which reduce both pollution and congestion. The increased use of Rideables has the potential to reduce car use, ease pressure on public transport, reduce pollution and make our cities much more pleasant places to live and work.

We understand that the UK government has a responsibility to ensure that new forms of transport are safe and are used responsibly, but numerous other  developed countries already have regulations in place integrating Rideables into existing transport networks. Two good examples are France and Australia, and we examine their approach below-

France brings in new rules for the use of Rideables 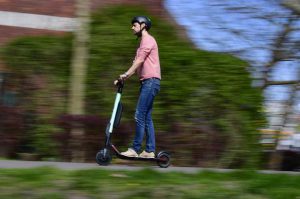 Between 2016 and this year France has permitted the use of Rideables such as unicycles, scooters and electric skateboards pending amendment of existing laws. The result was to some degree chaotic as people used high powered Rideables on the streets and pavements.

With a recent death in Bordeaux due to an accident between two people on an electric scooter being hit by a car, the French government could have banned them altogether. Instead, it took a much more sensible approach.

According to the BBC the French government took the attitude that it’s better to regulate rather than ban. The BBC reported, “Junior Transport Minister Jean-Baptiste Djebbari said in a statement the new rules would encourage “more responsible use… and restore a sense of tranquility for pedestrians, in particular the most vulnerable: the elderly, children and handicapped people”.

Among the rules will be a speed limit of 25kph, a ban on more than one person per vehicle and a ban on the use of headphones while riding. Riding on the pavement will be prohibited unless in designated areas, and then at walking speeds only. Users must go with the direction of traffic, must use cycle paths where available, and must wear a helmet and high-vis clothing. There are stiff fines of up to 1500 Euros for those infringing the rules and breaking the speed limits.

The new rules have also been issued by the Australian state of Queensland. The Queensland government website states, “For everyone’s safety, ride in a safe and respectful manner, especially around pedestrians. Rideables don’t need to be registered.” The regulations, enforceable by the police, ensure sensible riding and are designed to stop irresponsible use.

The rules just call for sensible riding and prohibit use in certain areas. If you break the rules you will be fined a minimum of AUD $133 (£71).

Rideables are effectively banned in the UK under various ancient pieces of legislation including the 1835 Highways Act which has been used to impose points on the licenses of users.

Outdated legislation does not address 21st century urban problems of congestion and pollution. You can buy a reasonable unicycle or scooter starting at around £200 and with a three hour charge can get up to 60 miles range. They are small and light enough to be picked up and carried onto public transport and taken into a place of work. You do not need a shower on arrival at work and whilst we support and encourage cycling, the levels of bike theft in our cities is such that you are never sure your bike will still be where you left it.

Under Theresa May’s government, in March this year the Department for Transport published a report called “Future of Mobility: Urban Strategy”. The 78-page report contained a lot of information which should be considered by the government in addressing the current shortfalls in UK legislation but did not move the situation forward.

The future of urban mobility in the UK is a very broad subject and we risk losing the opportunity for significant short term gains by spending too long trying to address all of the problems our cities face. Rideables are accessible to people now, and allowing people to use them in places where cycling is permitted should bring benefits in reduced pollution and congestion in the short term.

Rideables.org recognizes that the unregulated use of rental scooters, in particular, has caused well documented problems in some cities, but allowing the use of privately owned Rideables whilst a suitable framework for rental use is formulated would be an easy win.

The Executive Summary of the Future of Mobility; Urban Strategy report, page 39 onward, lists its strategy in nine points to include:

“1 New modes of transport and new mobility services must be safe and secure by design.” That means they should be regulated, but this can simply mean applying regulations already in place for ebikes.

“2 The benefits of innovation in mobility must be available to all parts of the UK and all segments of society.” In other words Rideables could be used by young people and disabled alike.

Point 6 stated, “Mobility innovation must help to reduce congestion through more efficient use of limited road space…” Need we say that you can fit at least 5 Rideables in the space of one car?

In short, there is room for Rideables in government policy but nothing firm has yet been proposed.

We now have a new Prime Minister running a new government and… silence on the part of the government on the matter. The new PM is an ex London Mayor and this should mean that he’s aware of the problems our cities face, and hopefully that Rideables are an excellent way of tackling urban pollution and congestion. Isn’t it about time that someone acted as opposed to just talking about it?